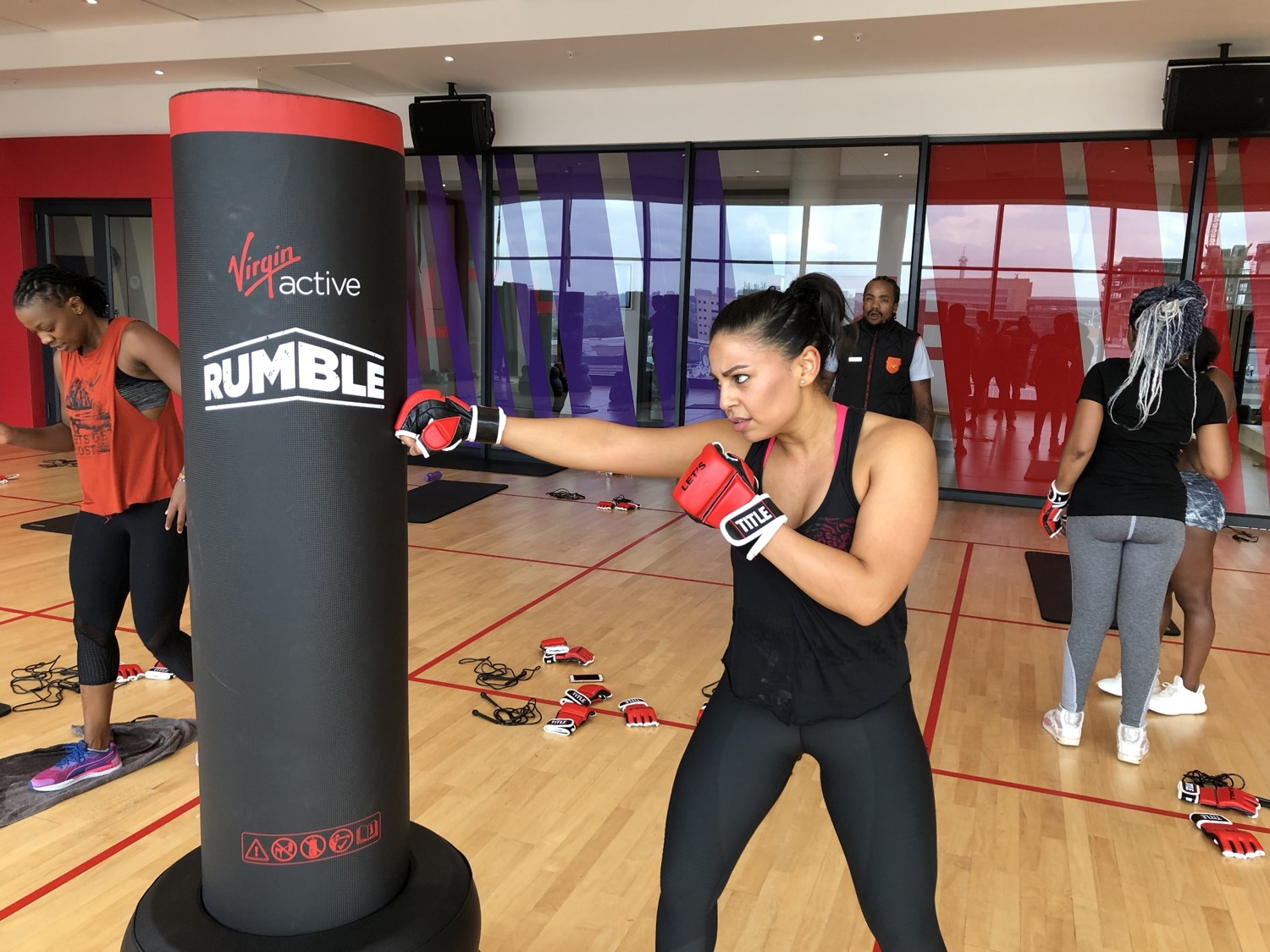 I attended the Johannesburg official launch of Virgin Active’s new boxing-inspired class called “Rumble”. You know, as in Muhammad Ali’s famous bout named “Rumble in the Jungle”. True to that, it gives you all the feels of every Rocky movie and every epic boxing match ever witnessed right down to the playlist but without the potential to break your nose or suffer any serious bruises.

The class consists of a good warm-up consisting of some shadow boxing and skipping. It is also during the warm up that all the basic shots used in a boxing match is broken down for you – jab, punch, hook, upper cut. Then, they are slowly built into basic combinations eg. jab-punch or jab-jab-cross (punch).

Eventually the class is split into three groups –  some on the punching bags, some using the skipping ropes and others shadow boxing. The particular class I attended, we were a small group so we moved between the three stations as one group.

The class is an hour long and will challenge your cardiovascular system as well as your strength. 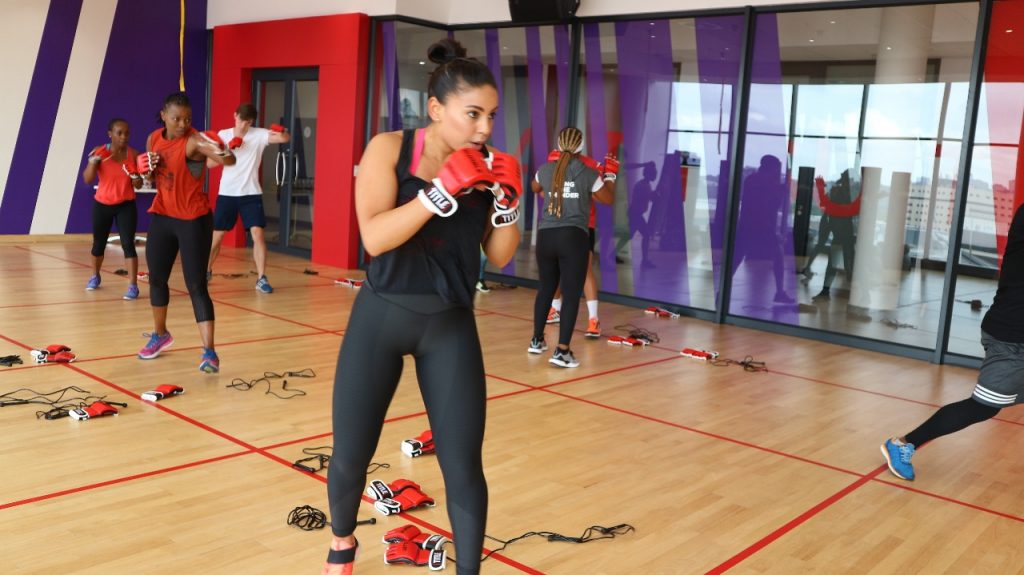 The thing is – a boxing class can be as easy or as hard as you make it – if you are not punching the bag or air punching as hard as you possibly can, you won’t gain as much from the class as the person giving 100% with every punch. You could build a beautiful overall physique with this form of training and build on your fitness as well.

The class is ended with some partner core work and a cool-down active stretch. This is also fun having someone doing the exercises with you so you can motivate one another.

The only critique I have for the class are the boxing gloves they provide – they are not ideal if you plan to go hard or if you have delicate skin, I got some horrible blisters on my right hand from the gloves being too hard and not absorbing enough of the impact of the punches. I would suggest bringing your own fully padded boxing gloves. 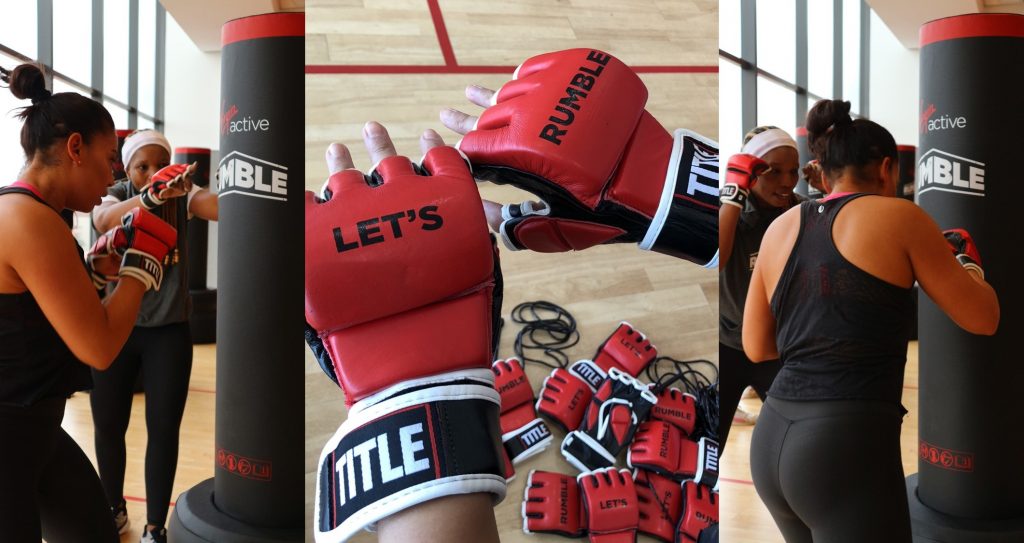 The class is a lot of fun though, is suitable for every fitness level and is a great way in which to get a great cardio workout  – I would much rather do a RUMBLE class for my cardio than walking or running on a treadmill for an hour!

“RUMBLE” will be available in most Virgin Active gyms around South Africa – check your nearest gym’s timetable. 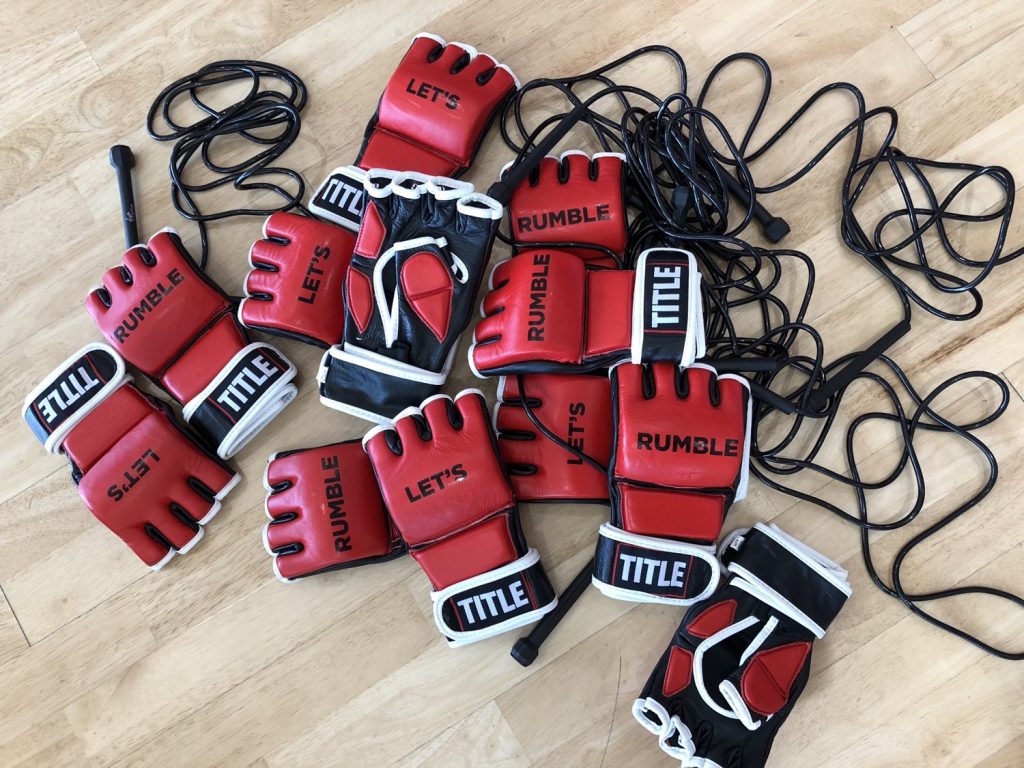