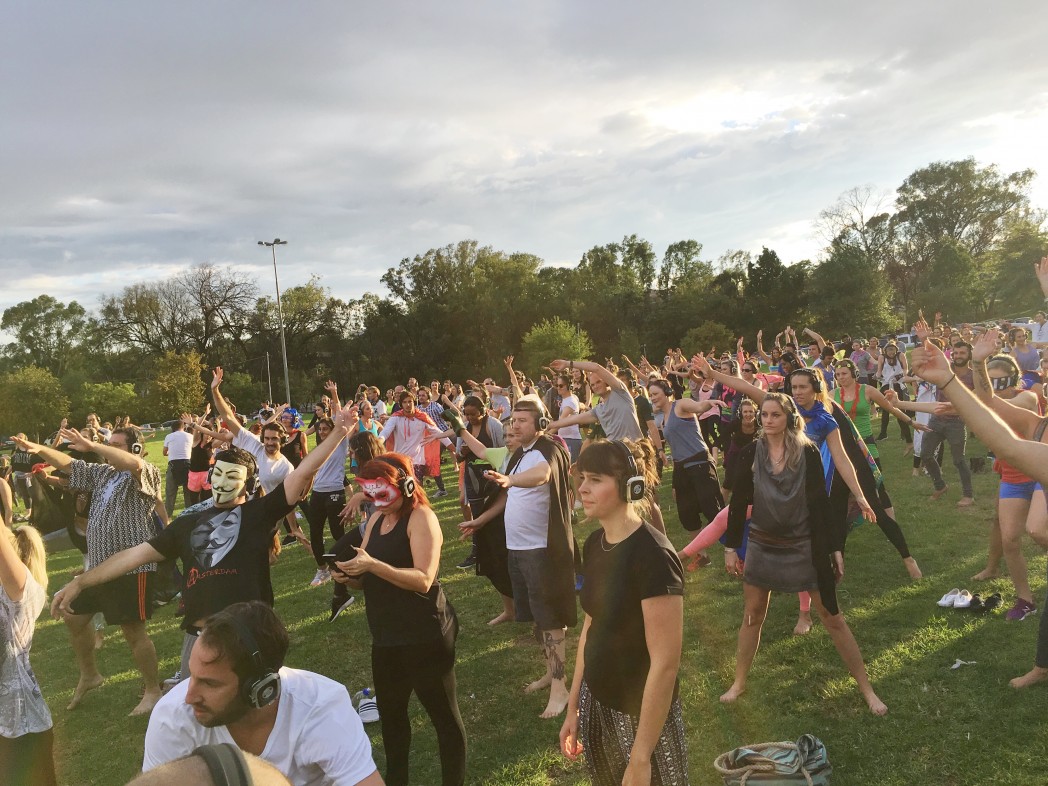 This past week, I attended my first ‘Secret Sunrise’. I heard some chatter about it among friends and then it happened to pop up on my Facebook feed and I thought, now is a good a time as any to give it a go. I liked the ‘cloak and dagger’ element – not knowing the location until the eve of the event.

The event is a combination of a yoga session ushering in sunrise then the actual ‘Secret Sunrise’ party which is actually a silent disco party. Now, you’re probably wondering what is a ‘silent disco’ – it’s a music party that happens via headphones that every attendant wears. Without the headphones you don’t hear anything, hence the silent part. 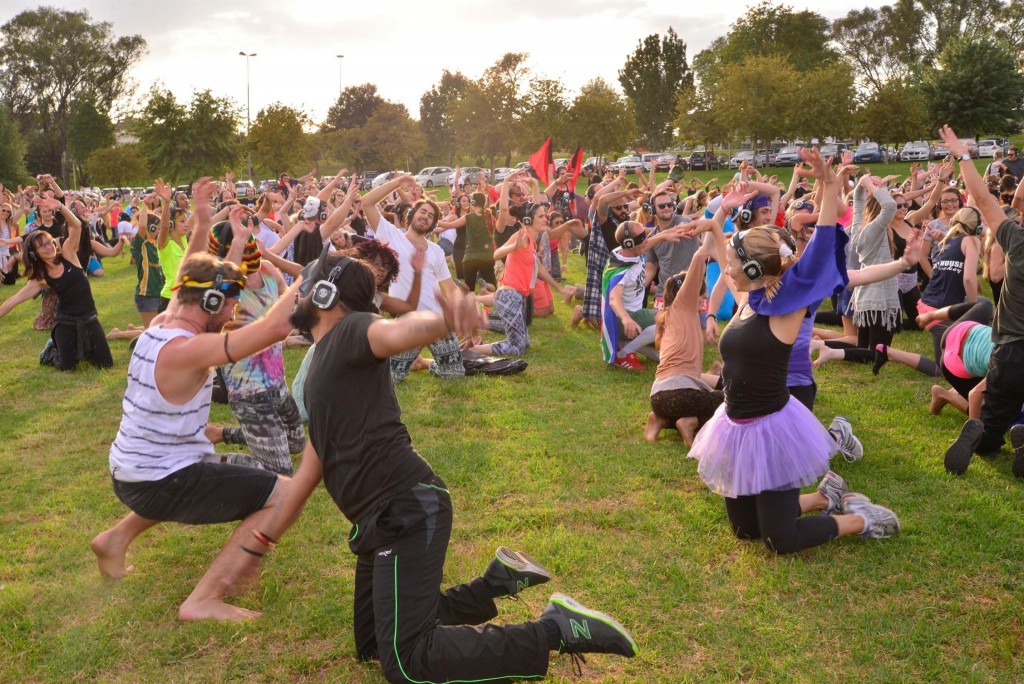 While the concept is new to South Africa, it is quite the rage overseas and has been in existence for about ten years.
Arriving at the stipulated location, Innesfree Park in the dark at 5am seemed a little crazy, until I saw how many people also pitched up at that time for the yoga session. It was a beautiful location, however if you weren’t right at the front, it was hard to hear what the instructor was saying even though she did have a mic and speakers. It was beautiful though to be practicing yoga, as the sun was rising. 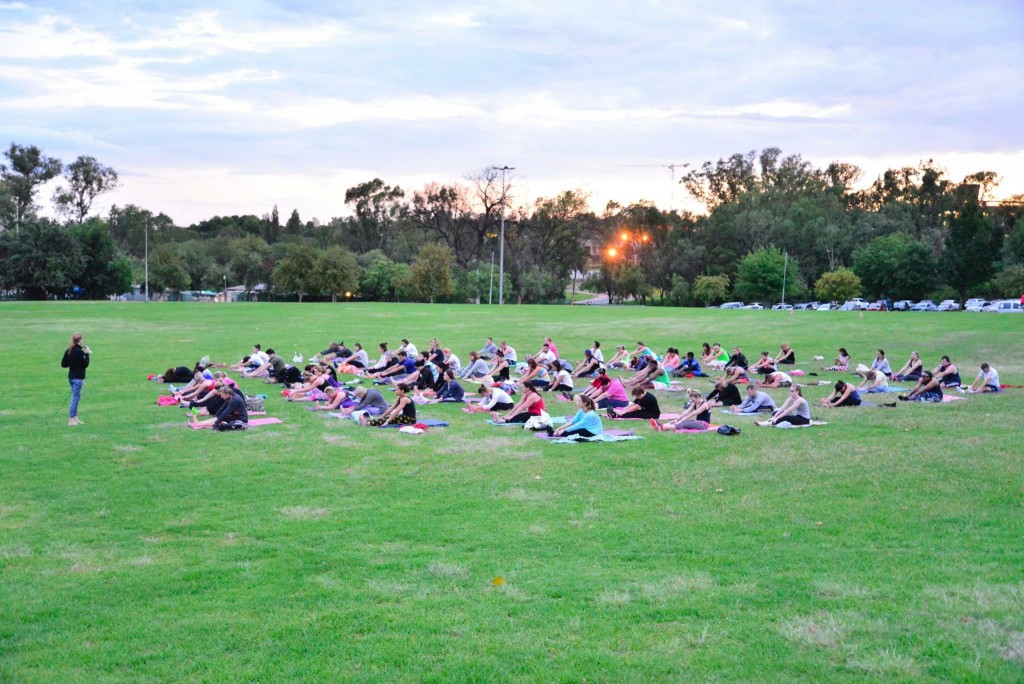 Then, we were never ready for what was to come in the Silent disco. Was it a cardio workout of dance as I expected? – no, not at all. It was rather a whimsical hour of silliness, where we were given some instruction by the superhero costume clad party leaders (there was a theme, ‘Superheros’ for the party). They told us stuff like, “You’re a teenage mutant ninja turtle, fighting off your enemies” as the actual theme song for Ninja turtles played through our headphones and then we were expected to pretend fight, like when we were kids. Then we were hopping and skipping while weaving our way through the crowd.

While there was an element of physicality – this will by no means count as a workout, if anything, perhaps a recovering day (if you came early enough to do the yoga). Do we recommend you do it? Yes, why not – it’s fun, whimsical and taps into your inner child which leaves you feeling lighter and happy to face the day ahead.